Galaxy Devices can transform your face into an animated version of itself before your eyes and is a way to represent and express yourself. Once you have your avatar, your AR Emoji can mirror a wide range of emotions and body movements with advanced facial and body tracking. You can even impose your AR Emoji on top of a photo of yourself and watch it move just like you!

With these basic features, the version of AR Emoji available on Galaxy S10 was updated so that third-party applications are able to use AR Emoji in their applications, such as showing an AR Emoji as a game character. 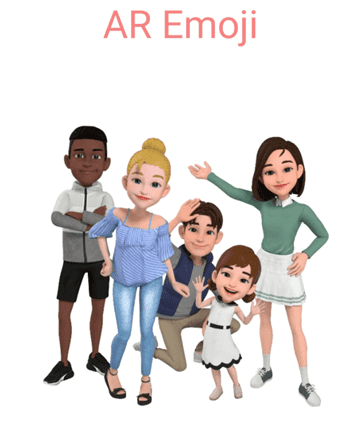 With this tutorial, we introduce Unity packages, which can help you use AR Emoji models in your Unity applications, such as games with simple code updates.

The first part of the tutorial covers how to request and receive AR Emoji from AR Emoji application, plus how to load AR Emoji in your application using Unity Engine. It should not take more than 10 minutes.

The second part shows how to apply animation into the AR Emoji after getting and loading AR Emoji in your application.

Learn how to use AR Emoji as character of game application or 3D application using Unity Engine.

To build the sample application, the environment should be downloaded and installed.

In order to run the application, the following devices are required:

This document shows the basic pipeline for creation of app with AR Emoji character with AR Emoji SDK. We separated the docuementation into two sections as below. The first section of Code Lab, this docuement guides basic pipeline of AR emoji SDK with loading character model of AR Emoji and rendering on the mobile app. In the second section, we will provide the way of applying custom animation to the AR Emoji character.

How to make a game