Learn how to implement KeyEvent-Callbacks on your S Pen Remote by mapping the Air Actions on a car racing game.

S Pen connects via Bluetooth Low Energy (BLE) to a device and the S Pen Framework manages the connection.

BLE events are converted by the S Pen Framework into KeyEvents before sending to the app.

Apps are able to handle S Pen events by reusing existing KeyEvent-Callback without adding other interfaces.

The S Pen Framework collects and manages KeyEvents to be received by the app, and are defined in .xml format before making them public. 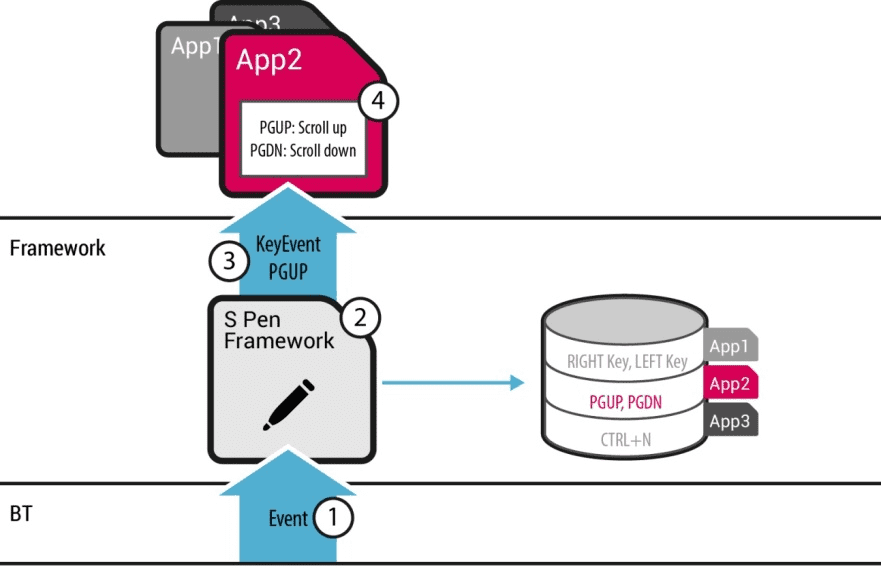