Samsung DeX is a new way to launch your android application in a desktop like environment. Upon opening Samsung DeX Mode, every app that stayed open in Phone mode, undergo certain changes before launching in Samsung DeX.

In this blog I will be telling you what exactly happens when we switch mode from phone mode to Samsung DeX mode or vice versa.

Before kill process, the status of Application is changed to "Stopped".

After complete switching, shortcuts on taskbar has only tasks (application) information and when we select shortcut, application would be newly created. 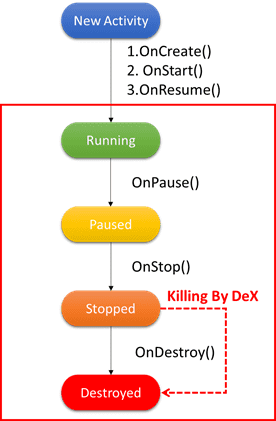 Now the question comes how to prevent application from killing during mode switch i.e. phone to DeX or vice versa?

To prevent killing process, application could use "keepalive" declaration.

Declare the keepalive attribute to true in your manifest file like below:

In case of application declaring "keepalive", application would be not killed on switching after application’s status changing to "Stopped".

But, if the application does not add the android:configChanges flag to the activity's Manifest, application would be destroyed and recreated like the case of resizing the window.

So, if we declare both keepalive and android:configChanges flag to the activity's Manifest then there will be no killing of the application. In this case when we re-launch app via shortcut in taskbar, the functions are invoked according to the following sequence. 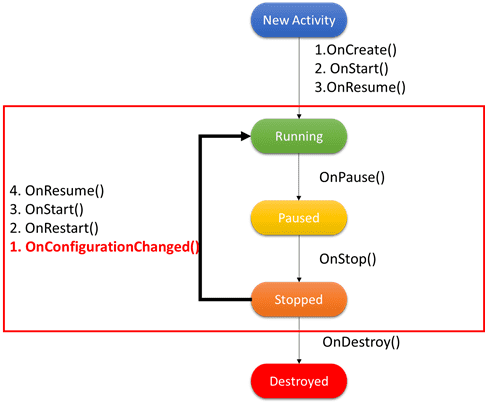