Meet Laura de Llorens Garcia, Game Designer for Angry Birds 2 at Rovio Entertainment. To celebrate International Women’s Day, and kick-off our Mobile Gaming in March series, we interviewed this top female game designer. She told us all about what it’s like designing the sequel for one of the biggest mobile games of all time and gave some positive advice to women aspiring to enter the gaming industry. Read on for some great tips to help you take your mobile game to the next level.

How did you get into designing mobile games?

I ended up in the gaming industry by chance. I originally started studying film, and when I was in LA I met my partner, a Swede also studying in LA who got me thinking about pursuing a career in the gaming industry. So, I moved to Sweden and got a Masters degree in video game design. It was actually a natural evolution for me to go from a narrative way of telling stories to an interactive one.

After graduating, I started as an intern level designer at Rovio Entertainment. At the time a lot of senior people on the Angry Birds 2 team left and I took on a lot of responsibility quickly. It was challenging, but we managed to grow the team and project. From there I progressed to a junior level designer to game designer, and now I’m leading a team of three designers.

What was the biggest challenge you faced when you started designing mobile games?

When my mentor decided to leave the Angry Birds 2 project, we had to find a way to manage the same workload with a smaller team. We decided to start looking forward and automate processes we were still doing manually by building tools for faster development. In the end, this enabled us to start looking at the bigger picture, implement a wider range of features and ideas, and create a better game. 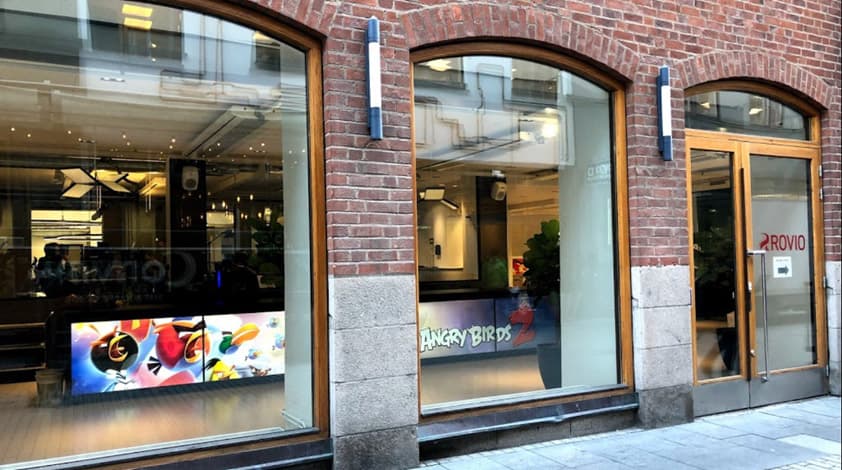 What is your process for designing mobile games?

Our production cycle is short – in a few weeks we go from idea to release. We start with a new idea we think our players would love in the game or things we think would be cool or fun to implement. From there we write a brief outlining the feature and its requirements. Then we mockup the flow, create layouts of the overall look and UI. It then moves on to implementation. This is when a lot of the in-depth questions around things like functionality come into play, and we problem solve to create the best product possible. The new feature then gets bundled up in an update that’s released for people to enjoy. Finally, we gather data to see how the players liked it and engaged with it to help us improve the game.

What is the most important UX consideration when developing mobile games?

Space limitation and the comfort of the medium itself. When designing games, I always make sure to place features where they make sense and feel natural for the player to interact with. You also have to be more aware of the complexity of features in mobile, since you have limited space to convey information to players.

How are you adapting to new form factors, such as foldable phones?

Angry Birds 2 was already designed with all aspect figurations in mind. Adapting to foldable devices mostly requires taking different aspect ratios into consideration, and then see how your game performs in them. If a game is usable in both tablet and phone aspect ratios, then it’ll adapt easily to a foldable phone.

When designing for a mobile platform versus a gaming console or CPU, what are some unique challenges?

The capacity of a phone is different from the capacity of console. Console-based games rely on more space and memory usage, so they can create bigger games with higher graphic quality. With mobile games, the focus is to create games that can run easily on a small device with less power and smooth loading times. This means keep memory usage and build size low in your game, so download size doesn’t become too large.

What are the biggest technical/design hurdles you had to clear when designing Angry Birds 2?

Making a sequel for one of the biggest mobile games of all time meant there were a lot of serious design considerations. For example, the game started only as a saga map where you’d play one level after the next. Over time we decided to challenge ourselves and change the gameplay with multi-stage levels.

On a more technical level, our biggest challenges were all the mobile device considerations and working with older code. The project began 4-5 years ago, and code is constantly evolving, so you’re constantly optimizing and renewing your game. It’s a big technical challenge for everyone developing on mobile to keep up to date on all the technical aspects. A hurdle that’s never ending. 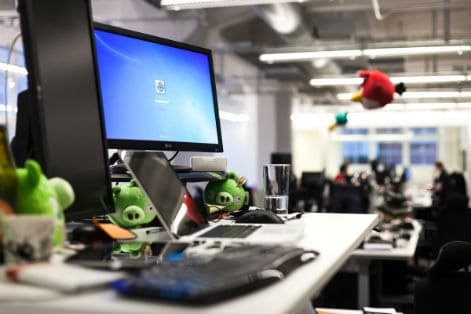 What are some challenges when adapting a game for VR or AR?

Technically, there’s a barrier to entry for the user, so game development in these areas is still in its early stages. Obviously, Angry Birds is a great fit for AR, since we can digitally build on the structures in the world around us to create the Angry Bird world in real life.

What are some unique challenges you’ve faced as a female in a male dominated industry?

Often being the lone female designer. It’s always a pleasant surprise when I meet other female designers, and I hope it becomes more common in the future. There may be few women in the gaming industry currently, but we’ve already come a long way and I hope things will only continue to improve.

How are things changing to get more females involved in the gaming industry?

In Stockholm, we have Women in Games meet ups. There’s a monthly lunch that brings professionals together and we also have a meet up aimed at students interested in game design. It’s important to let them know we exist, and that gaming is a viable career path.

What is one piece of advice you would give to young females interested in the gaming industry?

Don’t get discouraged. It’s very easy to see negative comments online around making it in the gaming industry. But persistency is what you need to make it through. Working as a game designer or developer is an awesome job that’s extremely rewarding. Just keep on pushing!

How has Samsung supported your game development?

Samsung has always been a part of our development processes, our testing, and more. We’re going to participate in a talk at GDC with Samsung and Google on how to adapt games for their foldable devices. Our relationship has always been very good, and we look forward to what the future brings.

Thanks to Laura de Llorens Garcia for sharing her insights on mobile game design. Be sure to follow us on @samsung_dev to keep up-to-date on the latest in mobile gaming. Keep an eye on our blog for more detailed content on optimizing your games, and make sure to sign up for the Samsung Developer Program to take advantage of exclusive benefits and access helpful developer resources.