06 October 2020: The URLs in the sample code were updated to use the latest domain and link to the app's review page.

A big part of converting users from a click to a sale often involves your ratings and reviews. Apps that have strong reviews and scores typically have an edge over apps with few or bad reviews. In today’s world, this is how many users define quality without actually purchasing. 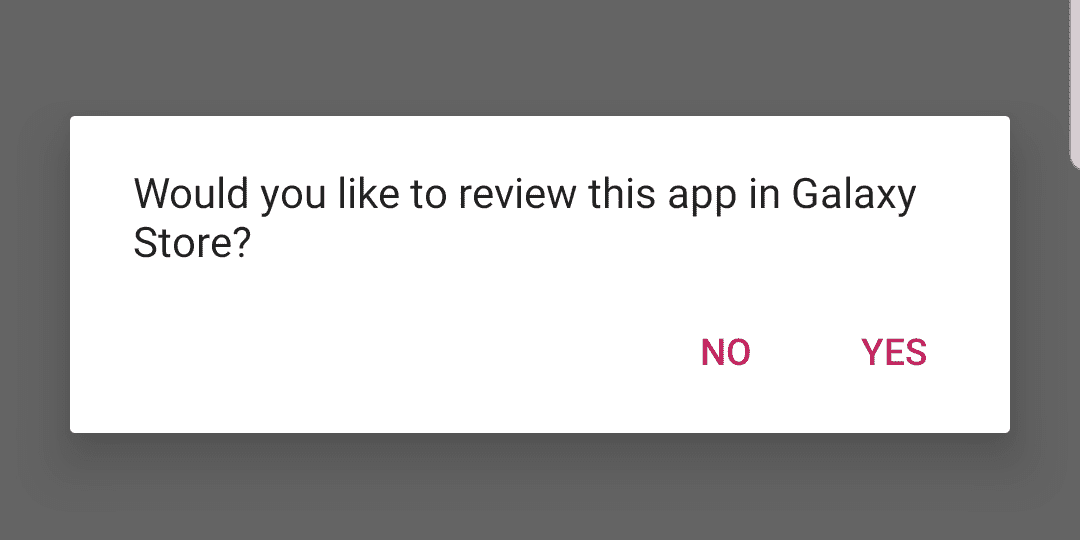 By implementing the code shown below, users are prompted to leave a review on the Galaxy Store after a certain number of logins. By giving users an easy way to leave a 5-star review, you will likely start getting more positive reviews, and your downloads may increase as well. How you implement this is up to you and depends on your app. If you think users have a good understanding of how your app works after just a few logins, then you should prompt them then. However, if your app is more complex and you think users need additional time to see its value, it’s better to prompt them later. The biggest thing to remember is that you only have a small window of time to ask. Waiting too long to ask is the same as not asking at all.

It’s also important to not ask over and over again. Ensure that the user meets a few conditions before you ask, such as after using the app for a few days or after completing certain tasks. This way, you ensure they have used the app before they leave a review. If they haven’t chosen to leave a review after a few prompts, they probably aren’t going to, so it’s better to stop asking rather than risk losing a user. 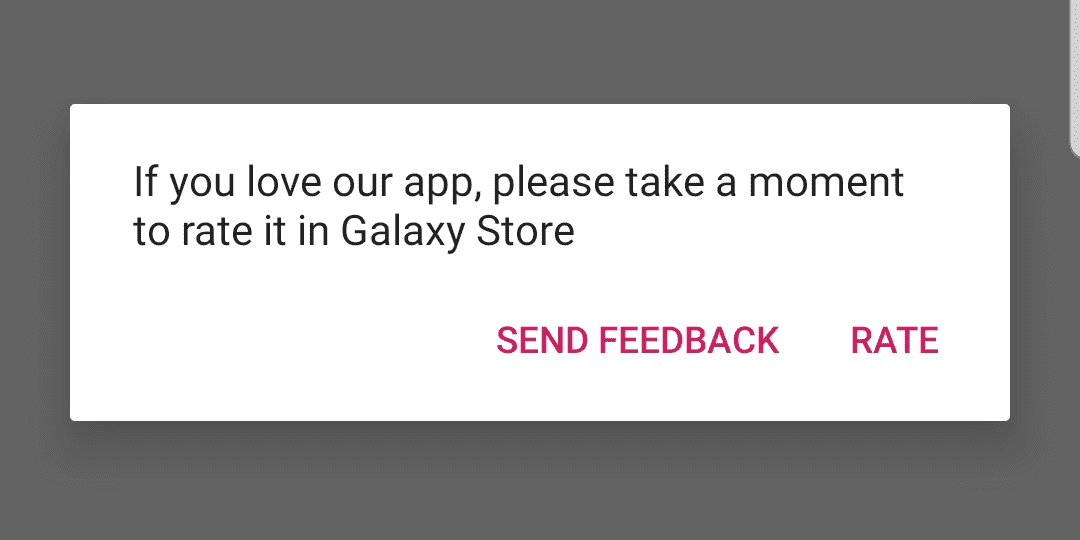 You should also be a bit more strategic in your ask. Instead of asking users to rate your app, ask them if they are enjoying it. If they say they love it, you can redirect them to the store to leave a positive review. If they think it needs work, ask them to send feedback by email or a dedicated forum. This way, you’re not incentivizing poor reviews, and you’re garnering valuable feedback from your community.

Finally, sellers should be aware that the Galaxy Store is implementing conditions for appearing in the “top” lists. As of September 27, 2019 apps that appear in the top lists need to have at least 10 reviews and an average of 2.5 stars. These conditions are based by country, so if your app has 100 reviews and a 4-star rating in the US, but only 5 reviews and a 4-star rating in Korea, your app will appear in the US top list, but not in Korea’s. This makes asking for reviews even more important, but you’ll want to localize first. For more info about localization, check out our localization blog post.

Gaining lots of good reviews means taking the time to not only create an amazing app experience, but also knowing when, where, and how to ask each user to leave one. The best thing you can do to gain better reviews is just asking.