We celebrate the year's top performing apps in creativity, quality, design, and innovation at our Best of Galaxy Store Awards. Next in our blog series, we feature Sonic Forces, winner of Best Adventure Game.

Gabor Gyarmati, Product Manager at Sonic Forces, speaks to us about how he got started in game development, the challenges the team faced developing Sonic Forces, and tips for games that stand out from the crowd. Check out Gabor’s advice on developing games to help you on your way to becoming a Best of Galaxy Store Awards 2020 winner.

How did you get your start developing games?

I initially got into developing games through following my brother’s game development company making strategy games for Amiga and PC almost 30 years ago. The next step came after I finished my studies, when I co-founded a development studio with my brother back in Hungary. Later on, I joined the online gaming space and spent the last 12 years developing free to play games for various PC, console, and mobile platforms.

Sonic Forces is a super-fast paced, multiplayer runner game. Players collect their favourite characters from the Sonic universe and dash through the tracks jumping and dodging obstacles, enemies, and traps. Players compete against up to 3 other players from around the world in a single-speed battle. Sonic Forces includes regular content and feature updates. The game runs an ever-changing live event schedule that offers something new and exciting such as themed events, special characters, and more. Oh, and this is all available to play for free.

What was the development process like for Sonic Forces? What were the biggest challenges you faced?

Sonic Forces started off with a very small team focused on making a prototype that would prove whether the game could work from a technical perspective and whether we could make it fun. We succeeded in proving this pretty quickly. Then it became a question of making sure that we kept what made the prototype fun as we built it out into a full game. We also developed good tools very early on that allowed us to rapidly build and test tracks, which was a big help when it came to development and iteration.

In terms of challenges, one of the biggest is always keeping the game balanced. Since Sonic Forces is a true competitive, multiplayer game, we spend a lot of time and focus facilitating an ongoing, iterative cycle to keep the game fair for all players. This includes tweaking the stats of characters, their powers, the tracks, etc. and feedback from our player community is incredibly valuable in this respect.

What do you think has made Sonic Forces such a successful game?

I think that there are several components that have contributed to Sonic Forces’ success. As a Sonic game, the characters, the environments, the music, and the core gameplay certainly resonate with the Sonic The Hedgehog fanbase. However, Sonic Forces also has a unique competitive multiplayer element that provides a short and sweet adrenaline boost, which is a great match for the playstyle of casual, competitive, mobile players. On top of this, Sonic Forces runs a lot of attractive live events and new content updates, which has helped to drive a very loyal and engaged player base to keep returning to the game for over 2 years now.

What is the most important thing to consider when building games for Samsung?

The most important thing is a strong focus on delivering regular high-quality updates, features, events, and new content. This can help Samsung as a platform provider showcase quality games that are popular with their community, while also helping keep players engaged over the long term.

How do you create games that stand out from the crowd?

We have a very talented team that comes from a variety of different development backgrounds across handheld, console, and PC platforms. The team has many years of experience in mobile games with live operations. We utilize our cumulative experience, from both our successes and challenges along the way, and this has enabled us to create new and exciting gameplay that’s based on solid learnings. 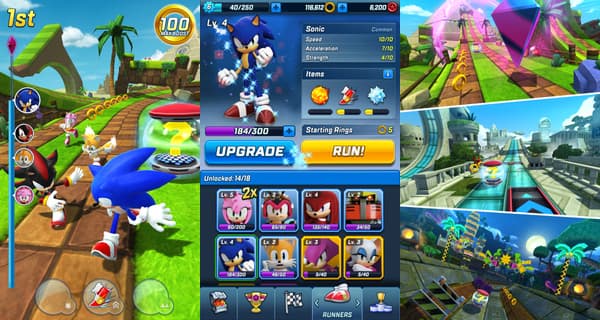 When designing a game, what is the most important UX consideration?

The most important UX consideration, for me, is to keep the core gameplay easy and fun, especially if you are developing a game that will be played by a younger audience on a mobile platform. I have a young son and I like to see him start and play the games without needing any instructions. If the game passes this test, I know players will be able to play it intuitively.

What guidance do you have for new developers looking to develop successful games?

My advice is to do thorough research before starting any development, know who the game’s audience will be, and design a fun experience that can be scaled and expanded over time. Have your ideas, prototypes, and later versions tested by friends, and then by actual players in order to get valuable early feedback. If you plan to develop a free-to-play game, make sure to plan ahead for delivering a long-lasting experience and develop tools that will allow you to grow and maintain live operations in the future.

How do you think game development will change in the next few years? Are there emerging technologies you are keeping an eye on?

With the arrival of super-fast internet, cloud gaming, and rapidly growing hardware capabilities, the mobile market is transforming to become the most versatile platform for gaming. This brings a lot of potential and new opportunities for big IP games that previously only appeared on consoles to thrive on mobile platforms.

How has working with Samsung helped your business?

Working with Samsung continues to be a great experience for our studio. We’ve found the Samsung editorial team to be very easy to work with, and their continuous support has made it possible for Sonic Forces to receive great exposure on Galaxy Store. This helps not only to drive an increase in new installs, but we’ve also found that the players discovering Sonic Forces through Samsung’s platform tend to be very engaged in and committed to the game. We love seeing how they interact with the gameplay and contribute to the growing Sonic Forces community.

Thanks to Gabor Gyarmati of Sonic Forces for sharing his insights on how to develop successful games and emerging opportunities to watch for in the next few years. Follow @samsung_dev on Twitter for more developer interviews and tips for building games, apps, and more for the Galaxy Store. Find out more about our Best of Galaxy Store Awards.