In this tutorial, you will learn how to profile a Tizen .NET application during startup to identify major performance issues using dotnet-trace.

First, install the following things on your device:

A Tizen application is generally hosted by a pre-created process called loader. A loader process is automatically created by the system when it's in an idle state. To check if there is a free loader process running on your device, use dotnet trace ps.

If a loader process is not found, install and run any .NET application on the device and try again.

Using the process ID (PID) of the loader process you obtained in the previous step, you can collect the process's diagnostic trace using dotnet trace collect.

If you see an output similar to the example above, launch an application from which you want to collect a trace (if the application is already running, terminate it before starting the trace). After the application launches completely, stop tracing by pressing Enter.

A .speedscope.json file is generated in the output directory.

Caution: You should have a write access to the specified output directory. Creating a file in an arbitrary directory may be denied by the SMACK security policy. The recommended output location is /home/owner/share.

The .speedscope.json file can be opened with a web-based tool called speedscope. First copy the file from the device to the host by running sdb pull /home/owner/share/3295.speedscope.json, and import the file in the browser at https://www.speedscope.app. 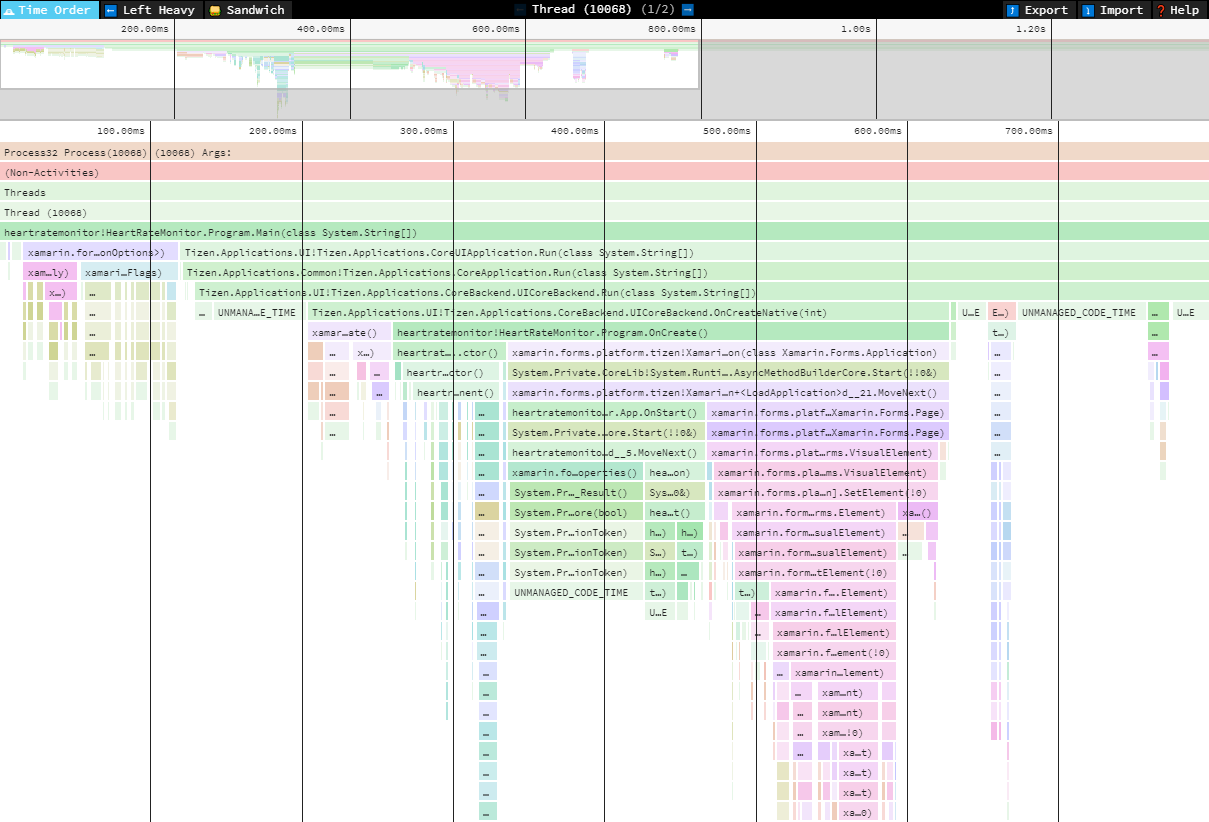 In the viewer, you can see:

Notice that the trace shows call paths for not only your own code but also external code. If you see any performance issues related with the external code, you should identify if it's your code misusing the external library, or the library itself has a defect or performance limitations.

To learn more about the speedscope viewer, check out the following pages.

Note: dotnet-trace collects thread stack information on a sampling basis. The default sampling interval is 1 ms. Some very short-running methods may not be recorded correctly.