Seven Mistakes To Avoid When Developing For The Galaxy Fold

Samsung’s first foldable device, the Samsung Galaxy Fold, is coming soon. It's a double-display device with a Main Display size of 1526x2152px and a Cover Display that is 840x1960px. This new form factor requires developers to adapt their apps for two physically-different displays on the same device. Additionally, developers need to provide a seamless transition for app continuity and application behavior with multi-window mode.

In this blog, I’ll address some of the common mistakes developers may make when developing apps for foldable devices.

The Main Display is covered by an area on the top-right side called the “L-cut.” If no action is taken, it’s possible that some UI portion of your app could be covered by the L-cut.

To avoid UI content overlapping, a good starting point is the official Android guide about supporting display cutouts. Cutout mode is set by creating a style in your activity. To do this, apply the layoutInDisplayCutoutMode attribute to the activity.

You can set one of the following values:

Developers have to produce a maximum aspect ratio to fill the entire screen. According to the Samsung official guide, there are three options:

Developers have to consider two different displays when developing an app targeted for foldable phones. Your app layout should respond to different screen sizes. 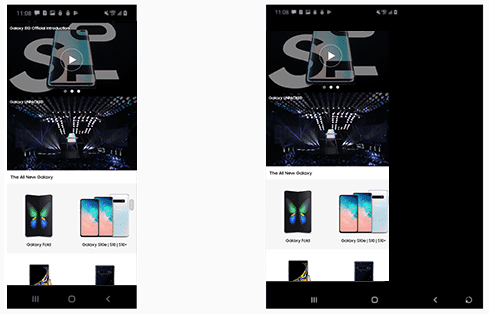 According to Android documentation, developers should follow the techniques detailed below to avoid layout issues during switching between Main or Cover Displays:

4. Loss Of Data During Display Transition

The activity is destroyed and recreated when switching from Main Display to Cover Display or vice-versa. To provide a seamless experience to users, developers have to restore the view layout when switching displays. 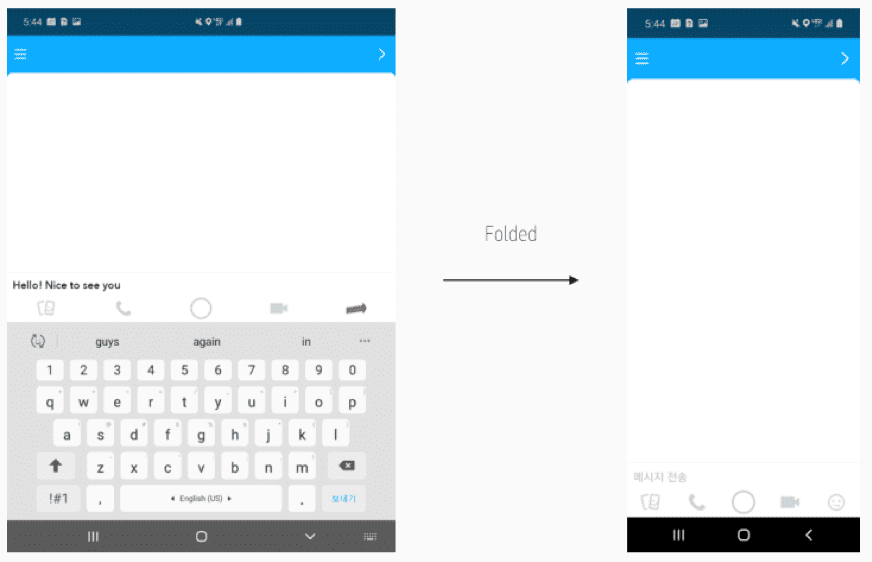 Loss of data when switching displays

5. Loss Of Data During Switching Multi-Window Or Resize Window 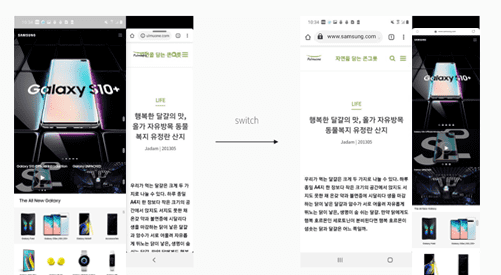 Loss of data during switching in multi-window mode 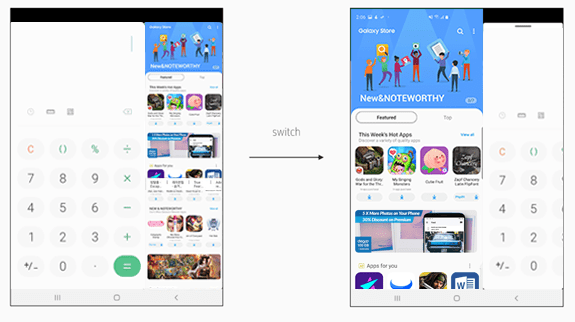 Abnormal layout at the time of switch in multi-window mode

The application may crash when the displays are resized or switched in multi-window mode. 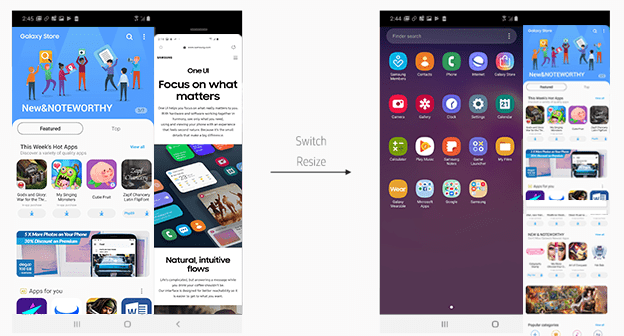 Avoid calling finish() or killing the process in the activity’s onDestroy(). This can cause the app to close.

Avoiding the above mistakes will ensure your app performs seamlessly on the Samsung Galaxy Foldable. This is an exciting time for smartphones, and we look forward to the amazing ways in which developers will embrace foldable technology.