Hitcents is a full-service video game publisher and developer, focused on bringing to market high-quality, indie-developed titles. Founded in 1999 as a software company, Hitcents’ passion for games slowly took over and pivoted the company. By 2012, the company was full steam ahead in the gaming industry as a developer and publisher. To date, it has worked with notable and well-recognized brands and celebrities, such as The Godfather, NBA, Tom Hanks, Adam Levine, One Direction, and Floyd Mayweather. One of its most celebrated franchises is Draw a Stickman, which has been played more than one hundred million times and has global success on the Nintendo Switch, Xbox One, Steam, and mobile.

Ed: Hitcents is a full-service video game publisher and developer, but that is not where we started. Our journey is part of what makes us such a unique company. Hitcents was basically started as a software company on the carpet floors of our home in Kentucky when my twins Clinton and Chris Mills were 16-years-old. Over the last 20 years our focus has changed, but the core of everything we do is still software. Bootstrapped, with no outside investments for 20+ years, gaming has been a key driver of our success for more than a decade.

We’ve had success across the gaming spectrum, from PC to console games to mobile apps. Our most successful titles are:

Currently, we work with a wide range of indie games and developers, and are always open to good gaming content. We publish games created by one-person developer shops, like Get to the Orange Door, a retro futuristic rogue-lite FPS releasing in 2020, to games created in other countries that have more of an edge and statement, like the cinematic platformer Ministry of Broadcast, which also launched in early 2020 and deals with concepts such as big brother, fake tv and a satirical look at politics, plus many more.

Can you share how you started as a game developer and ultimately became a game publisher?

Ed: It’s kind of crazy how we got started in games. Hitcents was more of a complex ecommerce web agency and our creative director had an idea to draw a stickman and bring it to life on a browser. The weekend we launched Draw a Stickman we had millions of visitors, which ended up crashing our servers for all our clients. Needless to say, it seemed tragic at the time, but the brand Draw a Stickman emerged as a successful, long-standing IP for Hitcents. The brand has won 5 Webby awards and made both Hollywood and the game industry take note of us. As a result, A-list clients started to come on board with new content and connections, bringing us early success in games. This led to our partnering with CAA for IP-related games.

Hitcents has many popular titles. We want to focus on Forgotton Anne. Can you tell us about this game, available now on Galaxy Store?

Ed: Forgotton Anne is a seamless cinematic adventure with meaningful storytelling and a light puzzle platform. You play Anne, the enforcer, who keeps order in the Forgotten Lands as she sets out to squash a rebellion that might prevent her master, Bonku, and herself from returning to the human world. In the game, you step into a hand-animated realm of wonder in which everyday objects take on a life of their own. Imagine a place where all that is lost and forgotten goes -- old toys, letters, socks. Forgotten Lands is this magical world inhabited by Forgotlings; living mislaid objects longing to be remembered. 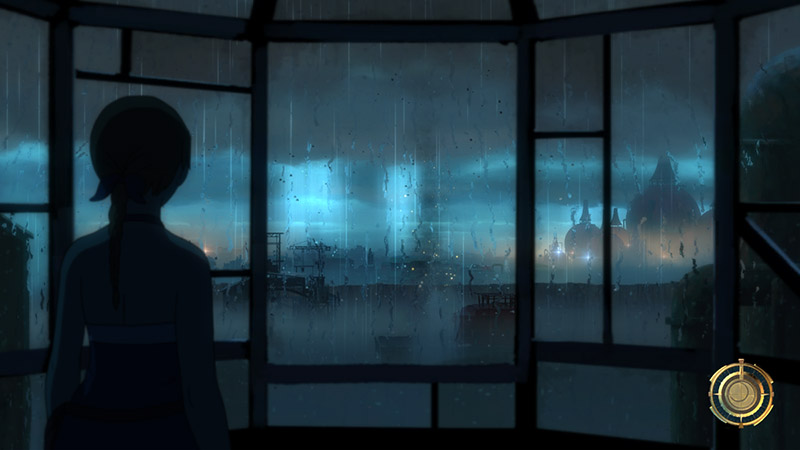 In my opinion, and I’m sure the readers will think I’m biased, but the opening sequence in Forgotton Anne is so much fun to watch. I now know where all my lost socks go.

Forgotton Anne has a stunning visual style and interactive game experience. What systems do you use to create game concepts and story characters?

Alfred: To create Anne and Forgotten Lands, our artists use Adobe products, as well as Clip Studio Paint and TV Paint to design, paint, and animate most of the sprites you see in the game, as well as the detailed environmental assets. With the protagonist Anne alone more than 5000 frames were drawn!

For story overview and testing, we used a lot of documents, spreadsheets, and a free software called Twine that is great to test branching dialogues.

How important is user experience when designing your games?

Alfred: The user experience is very important when designing a game. It is always a delicate balance between taking the player into consideration and staying true to a specific intention. Knowing that sometimes a player might not immediately like a specific design, even though it adds a dimension that contributes positively to the game experience as a whole. This was the case when it came to prioritizing fluid animation over some degree of the controls’ responsiveness, or when we decided not to include Game Over, as it would negatively affect the pacing of the game.

Forgotton Anne features light puzzles and platforming sections. However, it is very much a story about Anne and letting the player make choices in her stead, to see how the consequences play out. How will the player use Anne’s authority and deal with conflicts?

Alfred: When designing we let storytelling and emotions come first. Then we discuss how we can make things the most intuitive for the largest target audience. However, as developers we have to accept that different players like different things. In the end, we are just happy that as many people as possible love the game!

What are some of the challenges you face while developing your games?

Alfred: One challenge was to create a seamless cinematic experience where the player doesn’t feel a traditional cut between storytelling cutscenes and gameplay. The way we managed this was to ensure that there were no loading screens while playing and that all cutscenes were rendered in-game so the player was not presented with a different aesthetic when a longer story scene played out. The whole game is voice-acted and we created a ‘talk animation system’ to make it feel like the words were acted out. This really adds to the immersion. Artwise we aimed for an incredibly rich and detailed painted environment. This presented its own challenge, as we had to make sure the player could discern how to navigate the 2.5D world, allowing for some travel in the z-depth axis at certain intersections. Which objects would the player be able to interact with or bump into and which were decorative elements?

Something that sounds very trivial, like walking up and down stairs, was actually also a challenge as we wanted Anne to feel real with her animations, unlike many other 2D games. If you pay attention, you will notice her feet place themselves correctly on the steps, as do her hands when she is climbing ladders.

The tone of the game was also a challenge we wanted to get right. The premise of the game is very outlandish and quirky, with echoes of fairy tales like Beauty and the Beast, but at the same time we wanted to create a very realistic world. We were trying to strike a tone that could easily go from emotional and serious when dealing with themes of consumerism and authoritarianism to funny and endearing using the diverse cast of Forgotling characters.

Are there common errors made by developers while programming games?

Alfred: Scoping a game is always really hard. In early development you tend to be overambitious, and rightly so, as you need to explore the best version possible of the game you are making. However, it is important to constantly update plans and make the necessary cuts when necessary, as most developers don’t have the luxury of working without deadlines. These cuts tend to be a good thing, as it sharpens the concept and forces the developer to prioritize what is really important to the game and player’s experience, instead of falling into the typical pitfall of feature-creeping, i.e. adding features to the game due to the worry that it is not fun enough for players.

Forgotton Anne boasts a number of awards. What is the basic structure for developing a successful game?

Ed: We don’t think there is a secret formula to creating hit games, or the market would be flooded with them. But, there are some universal truths one can rely on for added probability. One of them is knowing your intentions and having a capable team that has the necessary competences to execute. Communication is key, as it does not matter how skilled each individual is on the team if there is a lack of understanding between the people.

I also strongly believe in an organic approach to development, where you need to accept changing circumstances and adapt quickly to them. We rarely set out knowing exactly every little detail of the finished game. If we did, it would prove to be detrimental to the creative process, as half the fun is coming up with solutions and discovering great ideas over the course of realizing the initial vision. While iterating on gameplay mechanics, we might discover a great opportunity to emphasize a storytelling aspect, or perhaps a piece of composed music could inspire how a sequence could play out. There is still so much to explore with the medium of games and its storytelling potential. That is really our aim and we hope that it translates to some originality that resonates with players.

How do you stay up to date with the latest game and software trends?

Ed: There are a couple of ways. Every major platform on mobile and console has a developer conference and these shows offer the best avenue to listen and learn. Another popular option is to go with an established publisher that often has early access to beta programs and has boots on the ground looking for the latest changes and opportunities to use tools that make a better product and potentially make work quicker. As a publisher, we are always playing and researching as many games as we can; reading up on trends in the industry -- who’s hot, what’s not; and researching new technologies and marketing techniques.

What advice do you have for indie developers attempting to develop a successful game business?

This question can be a blog all on its own, so again having a good publisher can help more than almost anything.

With all of your current success, what is next for Hitcents?

Ed: The Godfather:Family Dynasty game has become over the past 3 years one of, if not the most, successful mobile Paramount game. Hitcents is planning the next big game with a known brand on par to the success and magnitude of the Godfather.

Ideally, your Samsung Galaxy phone can play and progress while you are on the go, and then you can pick up on your console at home where you left off. It's an exciting time for gamers!

What motivated Hitcents to bring your games to Galaxy Store?

Ed: Galaxy Store provides Hitcents with the opportunity to diversify our sales, by opening a new revenue stream. It allows us to widen our customer base and gain access to Samsung device owners globally.

What Samsung Developer Program services did you take advantage of when publishing Forgotton Anne to Galaxy Store?

Ed: We integrated Samsung In-App Purchase payment service, which is used to make a one-off payment for goods or to pay for a regular subscription. It allows Hitcents to sell premium content and virtual goods, including in-game items available for purchase during game play.

Did you use any marketing services to support driving both awareness and downloads for your game on Galaxy Store?

Thanks to Ed Mills and Alfred Nguyen for sharing how they create and distribute successful game titles. Follow us on Twitter @samsung_dev for more developer interviews and tips for building games, apps, and more for the Galaxy Store.