The Game Developers Conference (GDC) was held 3/21/22 to 3/25/22 at the Moscone Center in San Francisco, California. This was the first time in two years that GDC was held in-person since the pandemic. There was a lot of excitement as people shared their enthusiasm about the gaming industry.

Jeanne Hsu, Senior Marketing Manager for Developer Relations at Samsung, chatted with Justin Kubiak, Head of Global Games Partnerships for the North American Service Business organization at Samsung, about his thoughts on the Game Developers Conference.

Jeanne Hsu (JH): Justin, I understand you’ve been attending the GDC since the beginning. Tell us more about that.

Justin Kubiak (JK): Having been in the gaming industry since the late 90s, I was fortunate to have attended what was back then called CGDC (Computer Game Developers Conference), when it was hosted in San Jose, California. While the primary focus was mostly the same, which is to help game makers and developers share their experiences and thoughts about building games, the breadth and scale of the show mirrors the industry, which has obviously grown exponentially over the years. I don’t think anyone attending CGDC in 1997 would have predicted that our little niche business would someday become the largest form of entertainment globally. 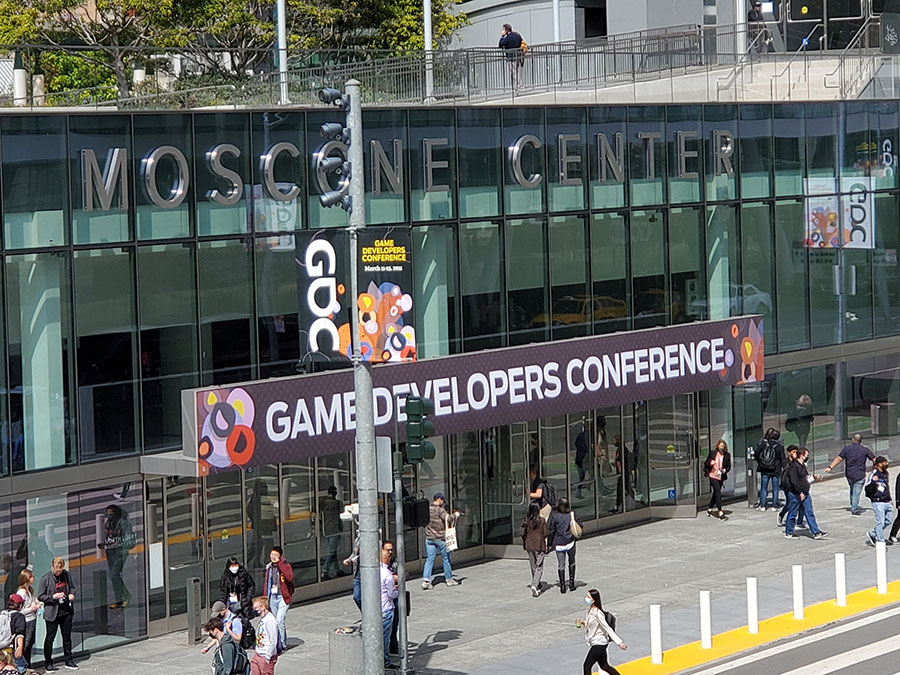 View of GDC entry at Moscone Center from pedestrian bridge

JH: How did you get into gaming?

JK: I grew up in the 80s, playing video games of all types…I still own the original Intellivision system. I collected dozens of handheld LCD games. I put too many hours into Microsoft Olympic Decathlon on the Apple IIe and never mastered the Pole Vault. I had a knack for spending my entire allowance at the local Straw Hat Pizza arcade room within 20 minutes. So, games have always been a passion of mine. I tapped into that passion shortly out of college to, after stints as a temp within a couple different groups at a company called Mindscape, wriggle my way into the role of Producer for the Chessmaster franchise. Since then, I’ve been lucky enough to work for some of the biggest game companies in the industry and gain experience in a wide range of disciplines.

JH: Why do you enjoy coming to GDC?

JK: GDC is my favorite conference of the year. There’s no better way to tap into the pulse of the industry, across all platforms and business lines, and connect with industry colleagues from all around the world. It’s well timed to put into action the plans you established earlier in the year or even make adjustments based on the trends that inevitably are confirmed during the show. And of course, it’s amazing to see all my industry friends from around the world and share a laugh, a drink or a meal.

JH: What have you noticed around the gaming industry?

JK: Putting aside the obvious trends in the gaming business today–namely consolidation, blockchain disruption, cloud gaming growth, debates about the metaverse, among others–what I was most struck by were two things. First, the pandemic and all the isolation that resulted from it did not slow down the industry at all. Quite the contrary, I was impressed by the creativity and innovation that took place and is now being revealed, and we confirmed once again how resilient the games business actually is. Second, there is much greater awareness of and emphasis on diversity, equity and inclusion, as well as the value of a strong work/life balance. Certainly at Samsung, we understand that a healthy personal life will lead to a healthy and more productive work life, and I heard that from many of my industry colleagues as well. 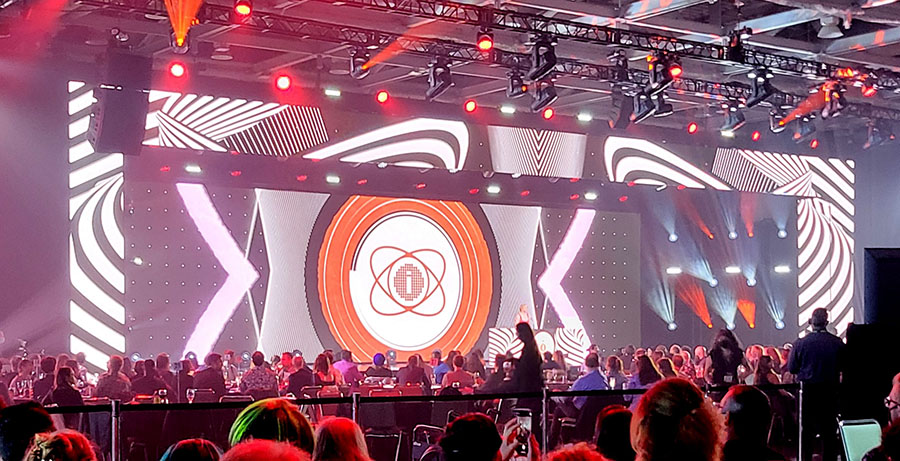 JH: What did you see at GDC? First impressions?

JK: It was impossible to get very far, whether on the show floor, in sessions or during conversations at the local hotels, without talking about Web3/Blockchain/NFTs/Metaverse. As expected, this emerging technology was discussed and debated all throughout GDC. I thought some of the announcements and demonstrations of hardware/software innovations which showcase the environment in which game developers can deliver a level of fidelity and interactivity that approaches reality was super exciting. I’m also further excited about cloud gaming coming out of GDC. Although with Samsung having recently announced Gaming Hub, a cloud service on Samsung TVs, I may be a bit biased. 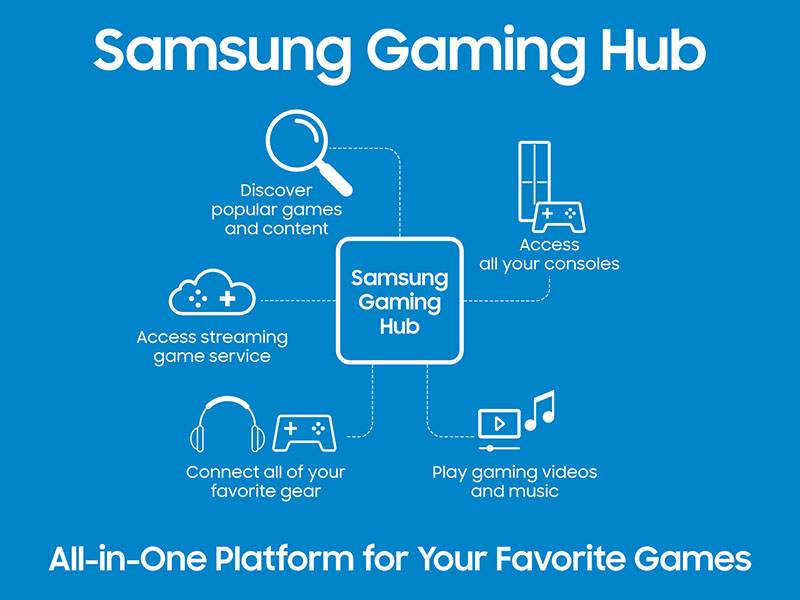 JH: What was your best experience at GDC?

JK: It may sound corny, but to me the best experience at GDC was once again seeing the enthusiasm and creativity for gaming in person rather than by way of video conferencing. GDC is always a great chance to connect with old and new friends in the business, but this year was particularly sweet considering the two-year hiatus that we were all forced to endure. Gaming has grown stronger over that period and the future is bright as ever… It was an amazing experience to see that on the faces of every person I met with.

JH: What were some fun things to do at GDC?

JK: It’s always enjoyable to walk around the expo floor to get a feel for where the business is and where it’s heading, including talking with the passionate representatives of the companies demoing their products and services. Similarly, it seems you can strike up a conversation with anyone wearing a badge and you’ll find yourself entertained by their background or what they are hoping to achieve in games. And of course, if you’re lucky enough to be invited to any of the mixers and late night parties at GDC in and around SF, those are always a great time as well as a great opportunity to network!

JH: Any other parting thoughts?

JK: The business of gaming is in a bit of a transitional phase at the moment, and that was felt all throughout the show and in closed-door conversations with our partners. At the same time, Samsung is continuing to invest in services that provide amazing and seamless gaming experiences for players and offer incredible partnership opportunities for developers, publishers or service providers of all types. Whether you have an existing relationship with Samsung games teams or not, it’s worth reaching out to find out more about where we are heading and how you can be a part of our journey. We are just at the beginning and I’m so excited about where we are going…I already can’t wait for GDC 2023!

The Samsung Developers site has many resources for developers looking to build for and integrate with Samsung devices and services. Stay in touch with the latest news by creating a free account and subscribing to our monthly newsletter. Visit the Marketing Resources page for information on promoting and distributing your apps. Finally, our Developer Forums are an excellent way to stay up-to-date on all things related to the Galaxy ecosystem.