Samsung Galaxy device users can use the AR Emoji feature to create an animated avatar from a photo of their face or selecting a few suggested characters. The avatar can display a range of emotions and body movements.

The Galaxy AR Emoji SDK for Unity enables you to use the user's AR Emoji avatar in your application, such as using it to represent a game character. 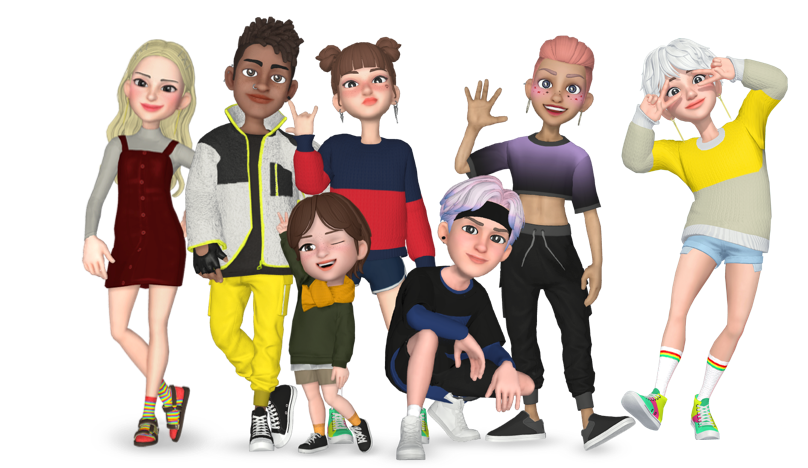 The AR Emoji feature on Samsung devices enables users to create a 3D avatar model that can be used in other applications on the device.

Avatars are becoming more important than ever. AR Emoji is the avatar for Samsung Galaxy device users. Users can create an 'AR Emoji' that looks just like them.

Also, they can take photos and record videos using AR Emoji. And users can create their own character stickers with diverse expressions and actions.

And now AR Emoji can be your avatar. It's the same thing as an avatar on other platforms like Game or Metaverse.

It's a smooth high definition rendering.

And there are many joints and bones, enabling natural body animations. 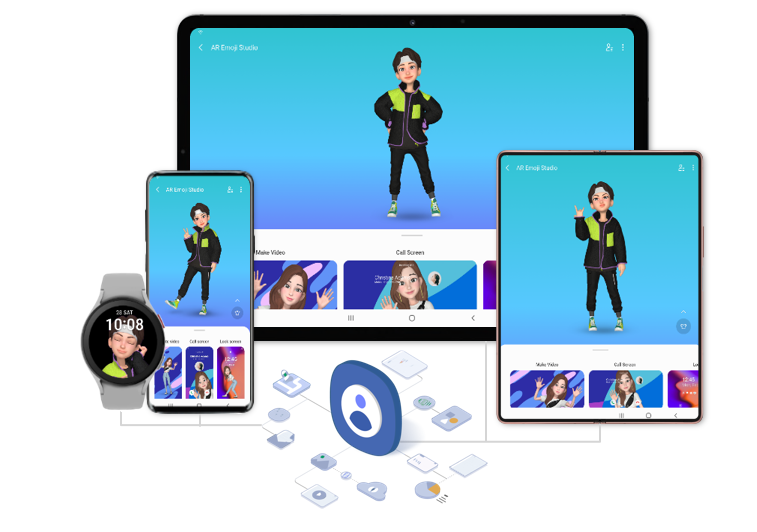 Recently, AR Emoji was integrated into the Watch face on the new Galaxy Watch 4, no longer only on Galaxy Phones.

So, Samsung providing the SDK to explore more partnership opportunity with developers like you.

The SDK provides a way to take, render, and animate avatar models.

This method enables the use of human-like characters for services in the game.

The AR Emoji Editor feature on Samsung devices enables users to create a 3D avatar model that can be used in other applications on the device.

To use the Galaxy AR Emoji SDK for Unity, you must become a Samsung partner.
To request partnership:

To build and run the sample application, you need the following tools:

The process of applying animations to an AR Emoji model has the following steps: