Samsung Automation Studio is one way to integrate Samsung services with open source or 3rd-part services. We are actively using open source and trying to contribute to the open source ecosystem.

Check out the following article.

Samsung Automation Studio was forked from Node-RED version 0.17.5 and developed to support the easy development of SmartThings Automation Webhook in early 2016.

Node-RED is a programming tool for wiring together hardware devices, APIs and online services in new and interesting ways.

It provides a browser-based editor that makes it easy to wire together flows using the wide range of nodes in the palette that can be deployed to its runtime in a single-click.

Invented by J. Paul Morrison in the 1970s, flow-based programming is a way of describing an application’s behavior as a network of black-boxes, or “nodes” as they are called in Node-RED. Each node has a well-defined purpose; it is given some data, it does something with that data and then it passes that data on. The network is responsible for the flow of data between the nodes.

It is a model that lends itself very well to a visual representation and makes it more accessible to a wider range of users. If someone can break down a problem into discrete steps they can look at a flow and get a sense of what it is doing; without having to understand the individual lines of code within each node.

More details are available at nodered.org

Samsung Automation Studio Team published custom nodes on the Node-RED site. We are improving it through open source. See the following github. https://github.com/Samsung/SamsungAutomationStudio And we continue to engage the NodeRED community.

Cloud platforms let anyone deploy network apps or services and make them available to the world in a few minutes. When an app becomes popular, the cloud scales it to handle more traffic, replacing build-out and migration efforts that once took months with a few keystrokes. Cloud platforms enable you to focus exclusively on your apps and data without worrying about underlying infrastructure.

The following diagram shows the layers of a typical technology stack, and compares the traditional IT model to the cloud platform model: 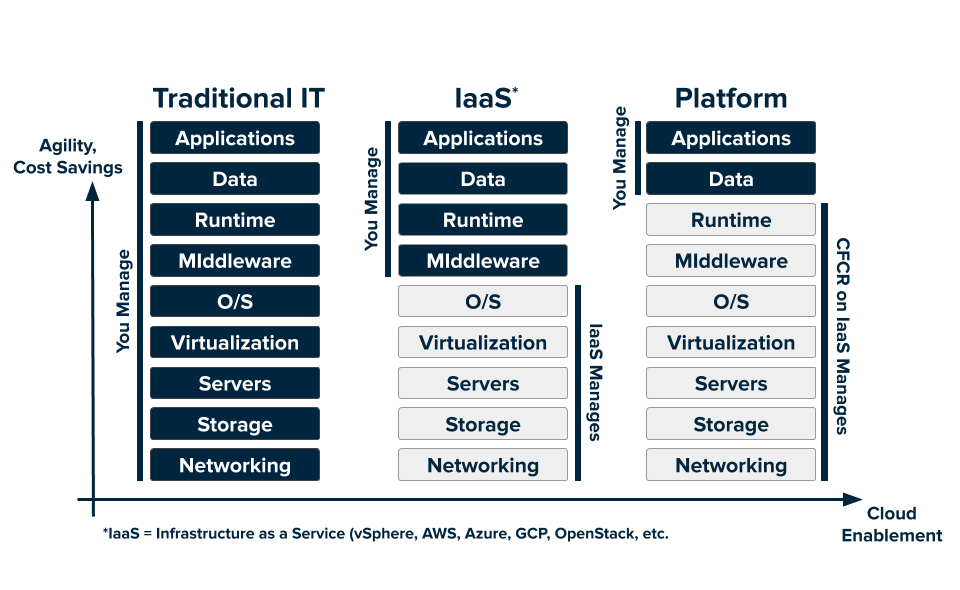 About the Cloud Foundry Platform

This section describes why Cloud Foundry is an industry-standard cloud platform.

Not all cloud platforms are created equal. Some have limited language and framework support, lack key app services, or restrict deployment to a single cloud.

As an industry-standard cloud platform, Cloud Foundry offers the following:

Cloud Foundry is ideal for anyone interested in removing the cost and complexity of configuring infrastructure for their apps.

More details are available at cloudfoundry.org